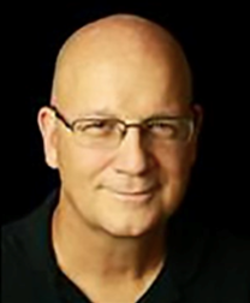 John currently lectures on ‘The Business of New Media and the Future of Television’ At the Department of Cinema and Television Arts at “California State University”, Northridge.

John was hired as Head of Production for Amazon Studios in 2012 and built the Studios’ entire production infrastructure, overseeing the many pilots produced since its inception and all series in production.

Over 15 shows were launched by Amazon in John’s first four months, with John being instrumental in all of Amazon’s policymaking for the studio including finance, legal and business affairs. John works with Amazon’s creative executives on a daily basis in tracking their development and productions.

Prior to Amazon, John ran Devlin Entertainment and previously partnered in two other production companies, Lynch-Siderow Productions and Lynch Entertainment. John has extensive experience in developing and producing comedy and reality shows, working with MTV and on the hugely successful movies Jackass and Jackass 2. He has been a producer on over 40 shows and movies.

Amazon Studios brings bold and innovative series and films from top tier and up-and-coming creators to customers in over 200 countries and territories. Original productions range from daring and timely subject matter such as Amy Sherman-Palladino’s award-winning The Marvelous Mrs. Maisel and acclaimed filmmaker Spike Lee’s Chi-Raq; to the critically hailed The Grand Tour, Mozart in the Jungle and Man in the High Castle.

Recent notable releases include the box office success The Big Sick, which is one of the top streaming films on Prime, Nash Edgerton’s Gringo, Lynne Ramsay’s You Were Never Really Here, Lauren Greenfield’s Generation Wealth and Gus Van Sant’s Don’t Worry, He Won’t Get Far on Foot.