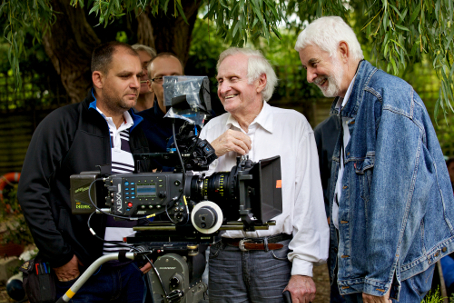 John is best known for his feature films such as Point Blank, Deliverance, Excalibur, The General, The Tailor of Panama and Queen and Country.

John is a published author and has been a contributor and editor to numerous editions of Projections, a series of books published by Faber & Faber (UK) which presents filmmakers reflections on their craft.

John has directed 22 films and been the recipient of 5 Academy Award nominations, twice for Best Director (for Deliverance and Hope and Glory). He is also credited with creating the first Academy Award screeners to promote The Emerald Forest. John received the BAFTA Fellowship for lifetime achievement from the British Academy of Film and Television Arts.

John is a Director of Merlin Films, a leading independent Irish film production company. Merlin Films has been involved in the production of numerous major feature films for international markets since its inception.